Preamble
The Yavatmal district of Central Vidarbha Zone of Maharashtra State is located between 20.39925” of North Latitude while 78.11792” of Eastern Longitude. The major area of the district is located in the Southern Plateau of Berar. It is surrounded by Amravati districts in the North, Akola and Parbhani districts in the West, Nanded and Adilabad districts in the South and Chandrapur and Wardha districts in the East.
The district comes under assured rainfall area of VIIIthAgroclimatic Zone with average annual rainfall of 1050 mm mostly received during June to September months from the north -eastern monsoon rains.
The soils of the district are 50% light (7.5 – 25 cm i.e. Entisol), 30% medium (26-50 cm i.e. Inceptisol) and 20% black cotton soils (91 – 100 cm i.e. Vertisol).

The district Yavatmal falls under Agro-climatic Zone No. 8 i.e. Moderate Rainfall Zone. Only small western part of Darwaha & Ner Tahsils falls under assured rainfall zone No. 7. The Average rainfall received in this Zone usually exceeds 900 m. m. The climate is hot and dry. More than 75% rainfall in this zone is received in Kharifseason, hence Kharif cropping system Predominates in the zone. In general, all types of soils are observed in this zone. Preferably, medium and heavy in texture, fairly high in clay content, alkaline in reaction, high lime reserve with high base saturation of the exchange complex. The soils are severely eroded & shallow. They are uneven in depth and are uncertain by stony substrata. They are intercepted by gullies having rapid run off resulting in severe erosion & prone to drought ness.

Description of Agro-climatic Zone & major agro ecological situations (based on soil and topography): 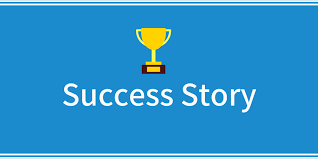