As azolla has very good nutritive value for animal and it can be used as source of proteins (25-37%), minerals (10-15%) and Amino acids (7-10%) which effects on increasing the milk yield in milch animal, weight gain in goat and poultry and useful for increasing the quality and quantity of egg also. The feeding of azolla to the animal is also useful for minimizing the cost of production on milk. Therefore it can be used as a subsidiary feed for animal. Looking to the nutritive value of azolla a demonstration cum azolla culture production unit has been established at KVK, Yavatmal. More than 700 farmers visited to Azolla cultivation unit who were motivated by KVK for multiplication. During current year KVK, Yavatmal provided the Azolla to the farmers of Akola, Amravati, Wardha, Buldhana, Osmanabad and Yavatmal District for production and feeding to the animal as a low cost feed. Further other KVK also like Durgapur had also been supplied by this centre.

Different trainings on Azolla production and feeding was organized at KVK, Yavatmal for practicing farmers and extension workers in the field of animal science i.e. all LDOs of Z.P. and State animal husbandry department of Akola and Yavatmal. Farmers were aware of this azolla through Exhibition, Krishi melava, Training, Kisan Goshti, Leaflets etc. In this year 2017-18 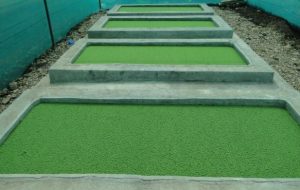 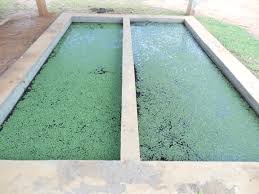